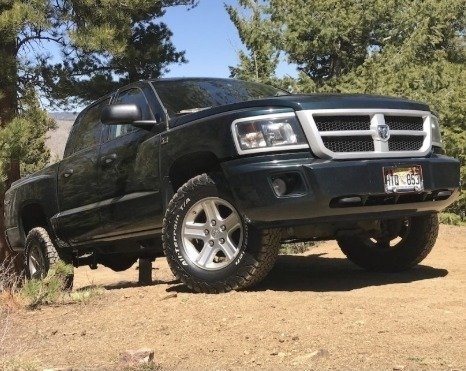 If you think the new Jeep Gladiator pickup truck is too expensive, you’re not alone. People overall seem to be frustrated with rising vehicle prices, even in the red-hot midsize truck segment. Reportedly, Ram wants to rescue us all with its own midsize pickup, which could be called the Ram Dakota.

Word is this upcoming Ram truck will start in the mid $20,000s. That’s actually not super cheap, considering both the Nissan Frontier and Chevrolet Colorado start at about $19,000 and $21,000, respectively. But if you’re a diehard Mopar fan and want a midsize hauler, it’s a solid deal.

While the Dakota would likely share much of its construction with the Gladiator, it won’t have all those cool Jeep features like a fold-down windshield and removable doors. The base Dakota probably only will have two doors instead of four, but the Gladiator starts at about $35,000.

To keep costs down, expect to see Fiat Chrysler’s stalwart 3.6-liter Pentastar V-6 as the standard engine for the Dodge Dakota. There’s a possibility of a turbocharged four-cylinder as well as a diesel option, since other midsize trucks offer such things.

While Ram has only said it’s working on a new midsize truck, the general belief is it will be ready by late next year as a 2021 model. That means a reveal as early as the Los Angeles Auto Show. Just remember nothing is official, so any of these details could significantly shift.

Ram already confirmed that a mid-size truck is in the works, and this is what we know about it so far.

Ram Is Working Hard on a New Mid-Size Pickup

The mid-size pickup is officially back in fashion, and Ram wants in. Even though FCA has a new mid-sizer in the form of the Jeep Gladiator, it thinks there’s room for one more, this time under the Ram brand. Automotive News quotes FCA CEO Mike Manley as saying Ram is working on this new small truck.