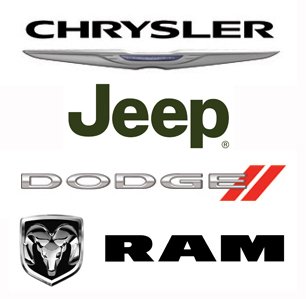 Vancouver Dodge Dealers In BC Awaiting ANOTHER New Ram Truck To Their Lineup. Even with the excitement from the Jeep Gladiator release FCA is still planning for an additional truck to fill out the Ram lineup. Since the end of the Dodge Dakota run in 2011, Ram Trucks like most truck brands has focused on the Bigger is Better aspect of pickup trucks. With the newly re-released Ford Ranger, Toyota Tacoma and others, it’s time for a truck that fits nicely between the Ram 1500 and the Jeep Gladiator to keep up with the competition.

The compact Ram pickup is expected sometime in 2022 but because it will be a completely new vehicle platform which will essentially update the Dodge Dakota truck lineup, much work is still needed before anyone sees what it will actually look like.

FCA CEO Mike Manley said in early May 2019 that the Ram team is “focused on solving a metric ton midsize truck solution as it is a big part of the portfolio and growth we want to achieve.”

There is no midsize Ram platform currently, which is a key issue. “Being able to find a cost-effective platform in a region where we can build it with low cost and it still being applicable in the market is what they’re struggling with at the moment,” Manley said during a discussion on FCA’s first-quarter earnings. “I want that problem solved, frankly, because it’s a clear hole in our portfolio. It will not be filled by Gladiator because Gladiator is a very, very different mission. Trust me, they’re focused on it. We need to get it fixed soon.”

Despite the success that the Jeep Gladiator seems it will bring, Fiat Chrysler is still hoping to fill a segment in their pickup truck line that isn’t quite taken care of by the rugged Gladiator.

Some will remember that Ram presented its 2018-2022 roadmap nearly a year ago, and that one of the vehicles featured in the product plan was a midsize pickup truck. Rest assured it’s still in the works as FCA CEO, Mike Manley, said during a recent conference call about the group’s first-quarter earnings.

Fiat Chrysler has released its full-year financial results for 2018. Although the results were positive, some analysts are worried FCA won’t achieve the ambitious goals that the late Sergio Marchionne set for the company for 2020.

As the truck that is “built to serve,” the Ram Truck brand is reinforcing its brand values of leadership, integrity and hard work in a new marketing campaign “On to Bigger Things,” including a four-part video series highlighting how the extraordinary capabilities and features of both Ram light-duty and heavy-duty trucks allow customers to push the limits, lead big lives and tackle the biggest jobs.